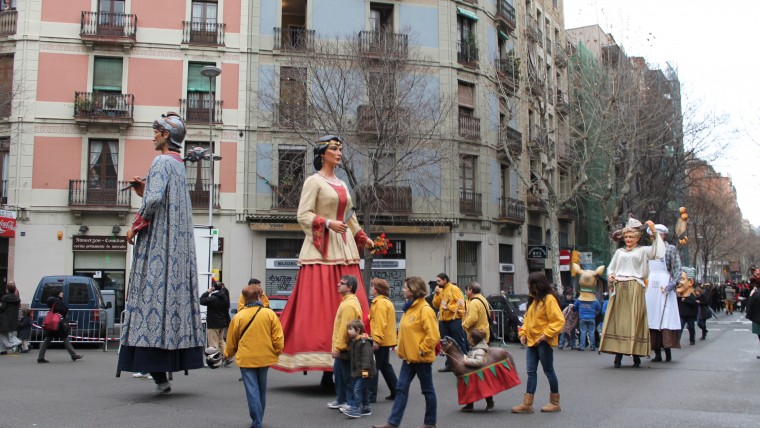 Festivities. Sant Antoni is holding its festa major or big annual festival from 17 to 26 January.

The festa major or big annual festival held in honour of St Anthony Abbot, officially opens the city’s celebrations calendar. In addition to the traditional elements of a Barcelona festa major–morning celebrations, giant-figures parades, fire-runs–, it also includes events such as the Three Kings’ Parade and the rifa del porquet, a symbolic piglet raffle that was revived a few years ago.

The communal Sant Antoni parade is made up of the neighbourhood’s giant figures (Tonet and Rita), the market’s four gegants de motxilla (Sisquet, Rosa, Mingu and Amador), the Neighbourhood Association’s big heads and the giant family of the Colònies Jordi Turull (Cisco, Pineta, Tano and Estiveta). Also taking part are Porca, the Castellers del Poble-sec, the Trabucs de Sant Antoni and the Colla de Xamfrà.

There will be plenty of other communal, recreation and children’s activities, in addition to these popular culture events, including concerts, food and commercial get-togethers and workshops.