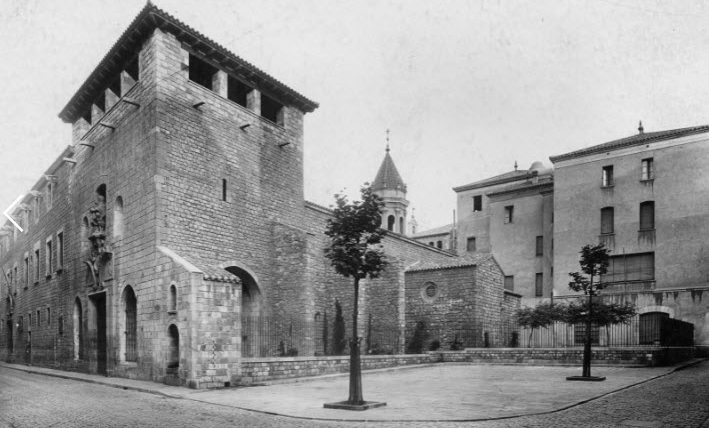 Exhibitions. The history of this exhibition room since it started being used as a chapel in 1440.

La Capella is offering this permanent exhibition on its history, which originates with the creation of the Hospital de Sant Pau i de la Santa Creu. The building was part of the hospital and started being used as a chapel in 1440.

The chapel was not only used by people at the hospital, but also by local people in the Raval neighbourhood. The earliest masses of the city day were held here at 5 am and attended by “people who were embarking on journeys, and workers about to start their day”, according to the ethnologist Joan Amades.

In 1947 the municipal architects Adolf Florensa and Antoni Falguera directed a major overhaul of the building, after which the chapel opened to the public as a municipal venue for all sorts of ceremonies, lectures, concerts and exhibitions.

The hall specialised in art-based exhibitions, such as the Salons de Maig held there from 1956 to 1969, the embryo of the future MACBA. Following the establishment of the democratic City Council, La Capella has focused its efforts on promoting new creations by emerging artists in the city since 1994.