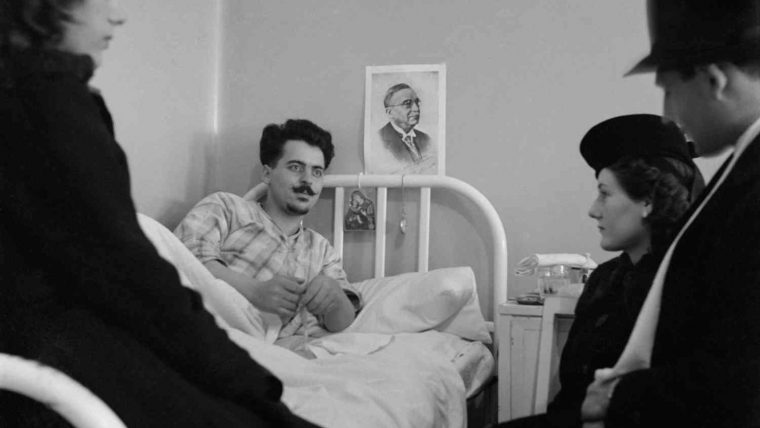 Exhibitions. This is the first exhibition on the Greek photographer to be organised in the Spanish state.

The work of Voula Papaioannou (Lamia, 1898 – Athens, 1990) has been classed within the so-called “humanitarian photography” that abounded in Europe in the 1940s, around the time of World War II. However, the 284 images in this display offer evidence of a documentary project that transcends the more humanitarian images traditionally linked to her.

Voula Papaioannou began her career as a photographer in the 1930s, with an initial output that focused on the landscape and monuments of Greece.

From 1940 onwards, after the outbreak of World War II, she documented the preparation for the conflict and the care given to the first victims, as well as the period of German and Italian occupation, the economic blockade and the great famine of 1941-42.

After liberation, she joined the photographic unit of the UNRRA, a United Nations body dedicated to assisting and repatriating refugees. There she portrayed the hardships of a population devastated by the Civil War (1946-1949), especially in rural areas. This was when she took her most well-known pictures, often showing families and particularly children leading their lives under inhumane conditions.