‘The medium and the poet’ 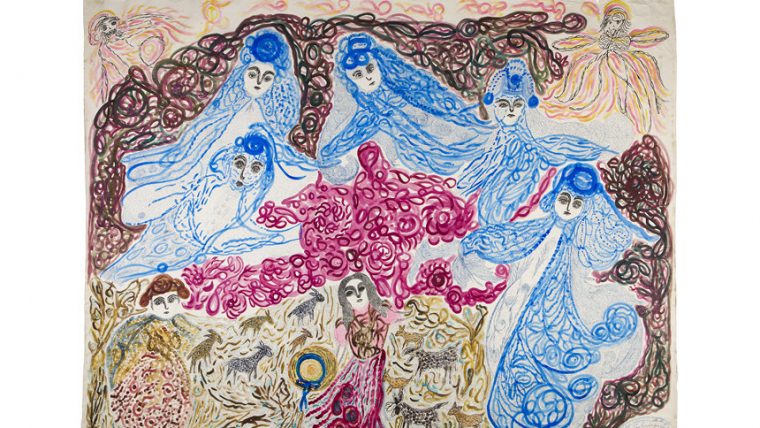 Exhibitions. The extraordinary relationship between Joan Brossa and the Catalan medium Josefa Tolrà.

Joan Brossa (Barcelona, 1919-1998) met the Catalan artist and medium Josefa Tolrà (Cabrils, 1880-1959) during the visits that the friends from the Dau al Set and the Club 49 made to Cabrils to admire the visionary talent of this peasant woman, who spoke to the dead and made drawings dictated by superior powers: “A light being guided my hand”. It was the 1950s.

An exceptional audio-visual record of this extraordinary relationship remains, produced in 1998, a few months before the death of the poet. This was the only occasion that Brossa spoke about or wrote about his fascination for Pepeta. They both believed in beyond, in the common good, two eccentrics, anarchic in spirit.

Brossa admired the medium and the ‘flowing’ drawings she produced. Josefa Tolrà loved the poet and the aura of light he gave out. On one occasion she told him: “You, lad, are next to God. But you’ve got your back to him…”. She appreciated Brossa’s will, anarchic like hers, and the way he renounced any imposition other than life in freedom and poverty as a form of emancipation.

This exhibition sees Barcelona host an extensive and representative sample of the visionary creativity of Josefa Tolrà, relating it to the poet’s more metaphysical and existential creation. A story of love for the universe, on until 31 May.