‘Women and Men from Ancient Egypt’ 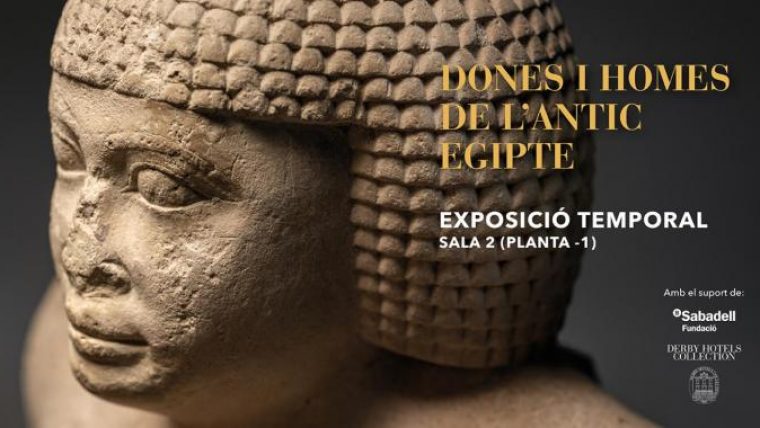 Exhibitions. The lives of Egyptians over the course of three thousand years of Pharaonic history.

The exhibition ‘Women and Men from Ancient Egypt’ offers a journey through three thousand years, alongside women and men who lived in the different periods of Pharaonic history.

Women and men who have left us representations in the form of statues, reliefs and wall paintings where it’s possible to appreciate their physical traits (strongly stereotyped, given the canonical rigidity of Egyptian art), their clothing, and, in many of the pieces, texts giving us in the best cases their names, positions, associated titles and work carried out while alive.

People of high standing in the Egyptian social pyramid, as well as others who formed part of its broad foundations, all help towards our knowledge of ancient Egypt: peasants, servants, architects, priests, adorers, soldiers, scribes, administrators of temples, palaces, noble houses and more. Anonymous individuals with their own names, such as Idy, Nuby, Huy, Meritites, Neferu, Amenhotep and Pentaur, who all helped create and maintain the essence of a civilisation which managed to last longer than any other. These were its protagonists.