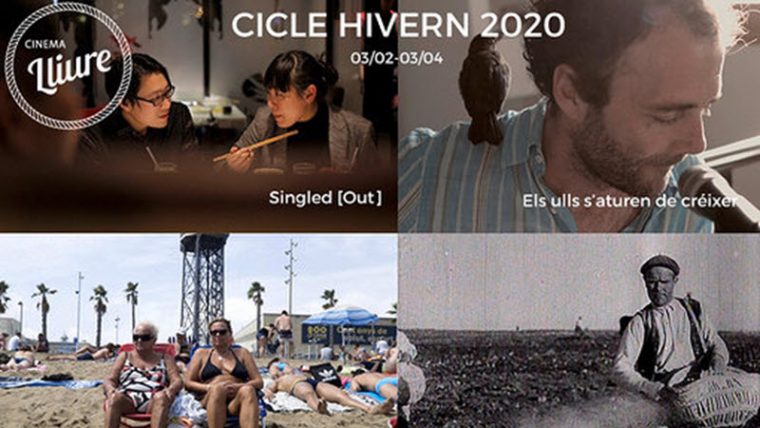 Film. Screenings of documentaries produced in Catalonia, the Balearic Islands and Occitania.

This film cycle entitled ‘Cinema Lliure a la Biblioteca’ is a showcase for documentaries produced in Catalonia, the Balearic Islands and Occitania (Euroregion Pyrenees Mediterranean) which narrate local stories of a universal nature.

The opening documentary for the 2020 cycle is City for Sale (2018), directed by Laura Álvarez and produced in Catalonia (Bausan Films). The screening is at the Biblioteca Sant Gervasi-Joan Maragall, on Monday 3 February (7 pm).

Remember Spain. Spanish Refugee Aid (2006), directed by Isabelle Millé and produced in Occitania (Les films du sud), will be the second documentary to be shown. After that comes Els ulls s’aturen de créixer (2018), directed by Javier G. Lerín and produced in the Balearic Islands, which will be shown at the Biblioteca Sant Gervasi-Joan Maragall on Monday 17 February (7 pm). This film looks at the life and music of the Majorcan contemporary singer-songwriter Miquel Serra, viscerally linked to the figure of his brother Joan, who died prematurely.

Screenings in March include Singled [Out] (2017), produced in Catalonia by Suricata Stories and Un capricho de producciones. Coinciding with the month when International Women’s Day comes, the cycle organisers chose to screen this work which tells the story of five single women in different parts of the world: Manu (Barcelona), Jules (Melbourne), Shu and Yang (Shanghai) and Melek (Istanbul).

Besides Els ulls s’aturen de créixer, the winter 2020 cycle includes another documentary from the Balearic Islands. Baltasar Samper. El ritme amnèsic (2018), by the director Victòria Morell Salom, is a musical history of the Majorcan musician and composer Baltasar Samper (1888-1966), discovering the cultural void caused by the Spanish Civil War and the exile of over half a million Spaniards afterwards.

Some of the sessions include discussions with members of the corresponding film production teams, associations and professionals relevant to the topic addressed in each work.